To be able to call an old pair of glasses from the ‘90s vintage glasses, you have to apply the same standard as for glasses from the 1980s. ‘90s glasses also have to be in demand today to be considered vintage. However, the criteria are different from ‘70s or ‘80s glasses or sunglasses.

In contrast to the often garish ‘80s fashions, the designs of the ‘90s were almost simple and discreet. With this in mind, it seems logical that the timeless eyewear models from Giorgio Armani, Lindberg, Lunor and Persol are now sought-after vintage glasses.

Another good example of the ‘90s trend towards a restrained but classy design is the round-oval 4363 glasses from Longines. With this sleek frame, you'll need to look twice before you can see the brilliant design features, combined with a top quality that you can truly feel.

Many of these ‘90s glasses from Armani, Lindberg and Lunor were already best-sellers back then and remain so today.

The Lunor series I to V have been produced in almost unchanged design and consistent top quality ever since. This is also true for the Air Titan and Air Titan Rim collections from Lindberg. You will find these classics in the ‘90s eyewear catalog of the respective manufacturers as well as in the current collections.

However, the timeless design of these classic glasses still does not explain their uninterrupted demand. These designer glasses have another feature that makes them vintage glasses.

Contrary to the trend of cost optimization at the time, the ‘90s glasses from Lunor, Lindberg and Armani continued to be produced in Europe, which is reflected in their quality. We are not aware of a single pair of vintage glasses that were "Made in China".

Contrary to the ‘90s zeitgeist towards simple eyeglass shapes and classic colors, some designers have managed to turn their unusual glasses models into sought-after vintage eyewear.

Jean Paul Gaultier and Theo Belgium are two of these eyewear collections that were actually completely out of step with ‘90s fashion yet are now regarded as legendary designer eyewear with cult status.

When it comes to the ‘90s glasses by Jean Paul Gaultier, one look is enough to understand why these designer glasses are still extremely sought-after vintage glasses even more than 25 years later. The sophistication and everyday practicality of these ‘90s designer glasses are unique. For this reason, the old Gaultier glasses were also worn by numerous celebrities, making some Gaultier models collector's glasses. Gaultier's Tupac glasses are an excellent example of this, as are the Gaultier 56-8171 sunglasses.

The ‘90s glasses from Theo have remained “insider” glasses and still enjoy great demand today because Theo managed to give his glasses that certain something. Design, quality and the "wow factor" when trying on a pair of ‘90s Theo glasses for the first time have remained in the memory of many eyewear lovers to this day.

A great designer and a special product quality together with prominent eyeglass wearers or personal experiences make sure that an old pair of glasses becomes a vintage pair. As with the ‘80s eyewear models, these are the requirements for an old ‘90s pair of glasses to make it into our vintage eyewear assortment.

However, there is one more characteristic that defines the vintage status of a glasses model: That is its availability, because most vintage glasses are now hard to find. The high demand for rare old glasses often explains their price, since many classic glasses are only available as unique pieces.

Since we have managed to offer these rare glasses again and again in pristine condition for over 15 years, we have become the world's most famous store for old, unworn vintage glasses and sunglasses.

Glasses of the 90s: Discreet and timeless vintage classics 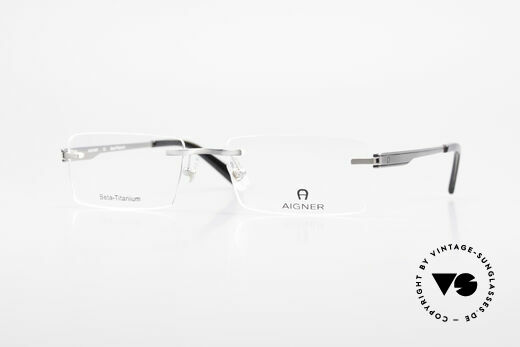 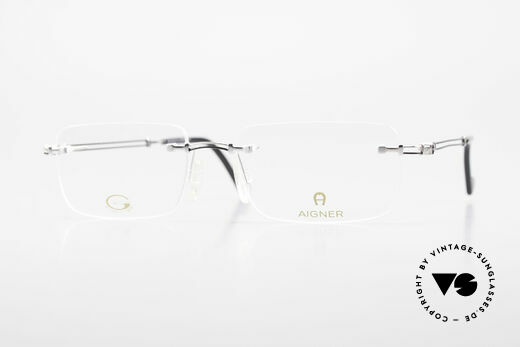 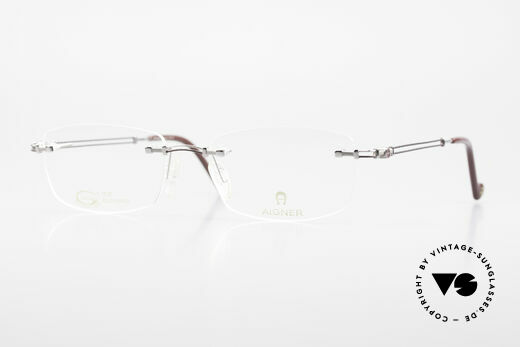 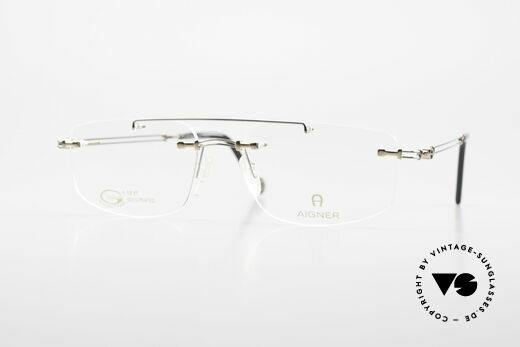