Since the 80‘s, Jean Paul Gaultier has steadily built an international reputation for being the “enfant terrible” of fashion. At the age of fourteen he quit school and henceforth dedicated himself to an autodidactic fashion apprenticeship in his parent’s home. Impressed by his abilities, Pierre Cardin soon gave him a job as an assistant. As early as 1978 he managed to launch the promising Jean Paul Gaultier S.A. company. Many of his creations were inspired by every-day clothing as well as the Pop culture, while his Haute Couture designs were kept both strictly formal and playful at once. He made skirts for men popular and designed the costumes for many movies, as for instance Luc Besson’s “The Fifth Element”. The Jean Paul Gaultier accessories product line includes jewelry, leather-goods, shoes as well as extravagant sunglasses. The Designer with the bleached hair just doesn’t fit any category. With his unconventional creations and eccentric fashion shows he has catapulted himself into the top league of French Designers. Exciting sunglasses have since become a continuing enhancement of his various in-house collections. The vintage models also resemble his approach of projecting and unconventional forms, which have made the Designer so famous. However, the often noticed public “unwearability” has not become one of the intrinsic features of his sunglasses creations. They are headstrong but not too offbeat. It is mostly the details of his vintage sunglasses which best represent the classic Jean Paul Gaultier style. 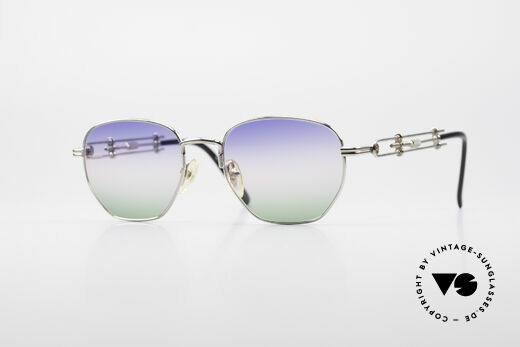 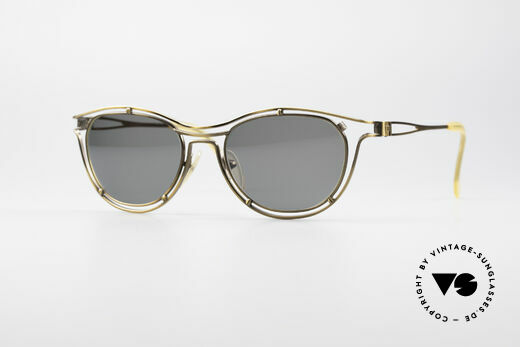 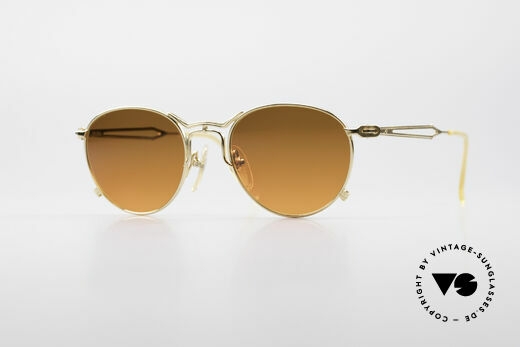 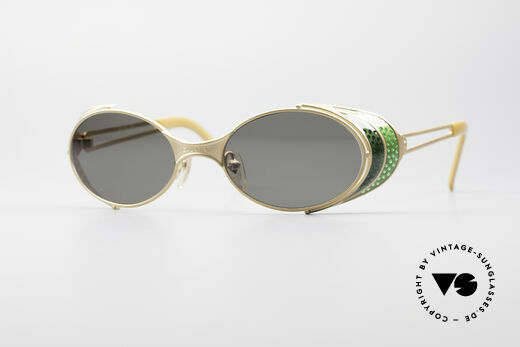 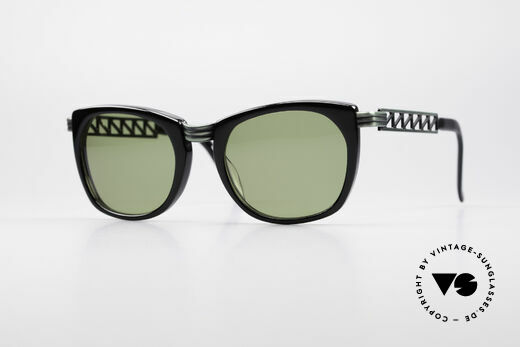 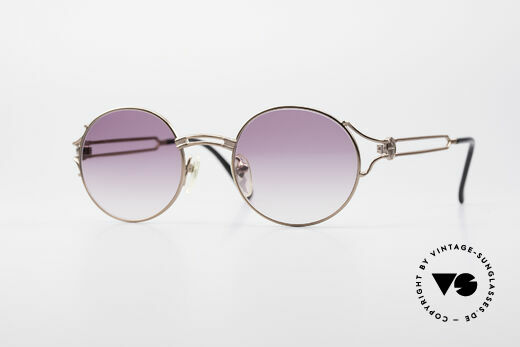