Theo’s creations can easily be called crazy glasses, because Theo describes itself as the world´s most idiosyncratic eyewear brand. Theo was founded in Belgium in 1989. Since then, Theo has positioned itself against the usual mainstream. The Theo glasses appear to be full of life and have a high artistic standard in both design and model designation.

The craziest of the crazy glasses are the models of the Theo “Eye-Witness” collection. This eyewear series stands out through seemingly unfinished designs, but on second glance, it is clear they are made in a really sophisticated way. Furthermore, these elaborate eyewear creations were also labelled by hand, which sometimes makes it difficult for us to decipher the model name.

At regular intervals in the 1990s, new Theo collections were created, which were always characterised by a sophisticated underlying idea. For example, the following eyewear series entered the market:

1989 - BALKENBRIL: a distinctive upper beam (often made of real natural horn) is characteristic of the entire frame construction of these old glasses from the 1980s.

This is only a small selection of Theo creativity. There are many more women’s and men’s glasses from Theo, which over time have become vintage glasses. Browse through our collection and you will see the similarities between the individual Theo series. 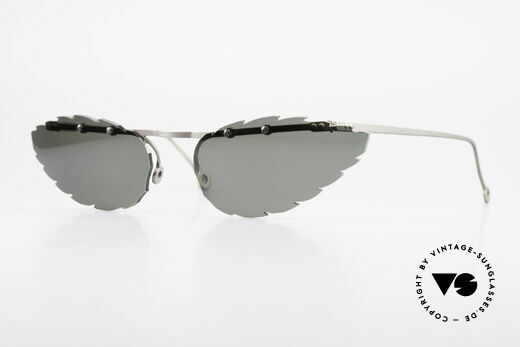 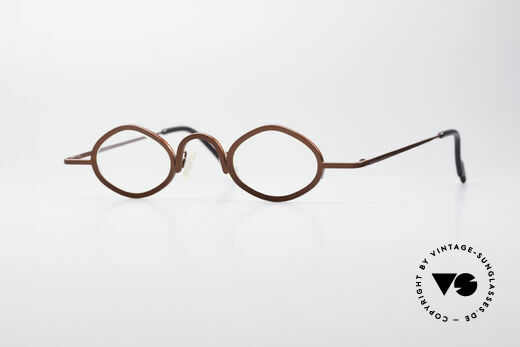 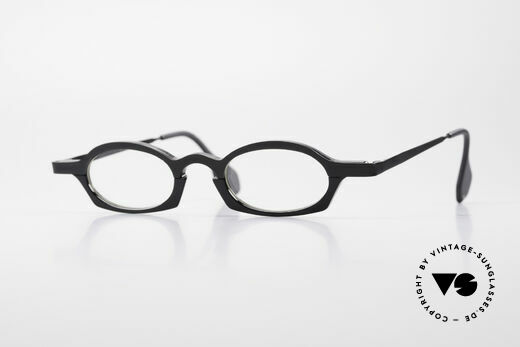 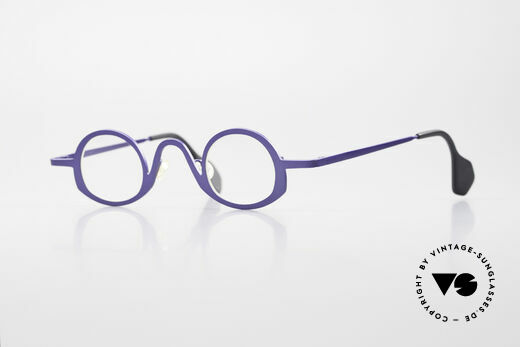 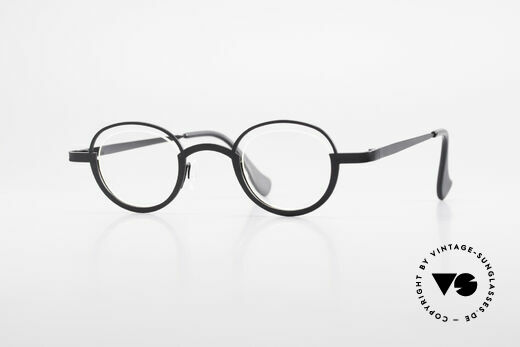 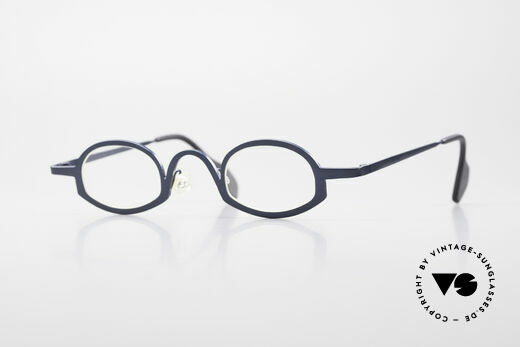